Vidyasagar Anchoori has 20 years of industrial experience in custom synthesis, process R&D, kilo Lab, scale-up and cGMP manufacturing of pharmaceutical intermediates and APIs. He worked from 2004-2010 as Sr. Research Scientist, kilo Lab at in a reputed Canadian drug discovery company in Edmonton, where he was directly involved in process R&D and scale-up projects for customers such as Pfizer, Anacor and AstraZeneca.

Prior to that, Vidyasagar worked as General Manager (R&D) for Vinati Organics Ltd., Mumbai, India, where he was the overall in-charge for process R&D, Quality Control and Scale-up operations. Before this assignment, he worked at SABIC Research Center, Riyadh, a multi-national company, where he developed novel technologies for value added specialty chemicals based on homogeneous and heterogeneous catalysis. Prior to SABIC, he worked as a Sr. Research Chemist at Gujarat State Fertilizers & Chemicals, Baroda, India, where he was involved in process R&D of pharmaceutical intermediates, specialty chemicals and catalytic reactions.

Vidyasagar received his Ph.D in Organic Chemistry from MS University of Baroda, India. He did post-doctoral work at the Catholic University of America, Washington, DC, in the area of bio-organic chemistry. Throughout his career, he has had several patents and publications to his credit. 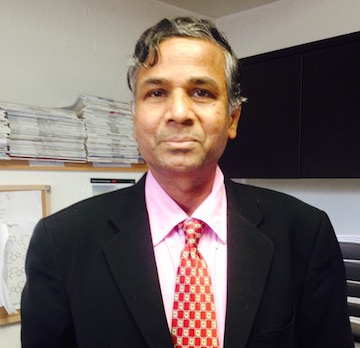 Sabitha Anchoori started SVChemBiotech in 2009 in Edmonton, Alberta, Canada. Prior to starting the company, she worked for a reputed Canadian drug discovery company in Edmonton, as Lead Scientist in medicinal chemistry projects related to CNS disorders, diabetes contributing to various drug discovery programs of multinational pharmaceutical companies such as Pfizer and AstraZeneca. Before that, she worked in the Indian pharmaceutical industry for over 15 years and held the position of Sr. Manager R&D, QC in the Alembic Group of Companies.

Sabitha is an accomplished scientist with over 20 years of industry experience in pharmaceutical R&D, custom synthesis and medicinal chemistry. She is also experienced in managerial work and business development, and possesses an appreciation certificate from Pfizer.

In 1996, in recognition of her commendable contributions to industrial research, she received the prestigious “Dr. Vikram Sarabhai Young Scientist” award from the Department of Science & Technology (Government of India).

Sabitha obtained her Ph.D in Organic Chemistry (Synthesis of Prostaglandins) from Malti-Chem Research Center, M.S. University of Baroda, India under the guidance of Dr. Sukh Dev, a world-renowned organic chemist. 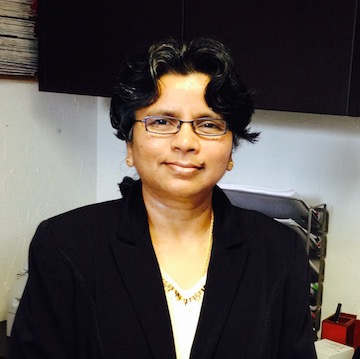